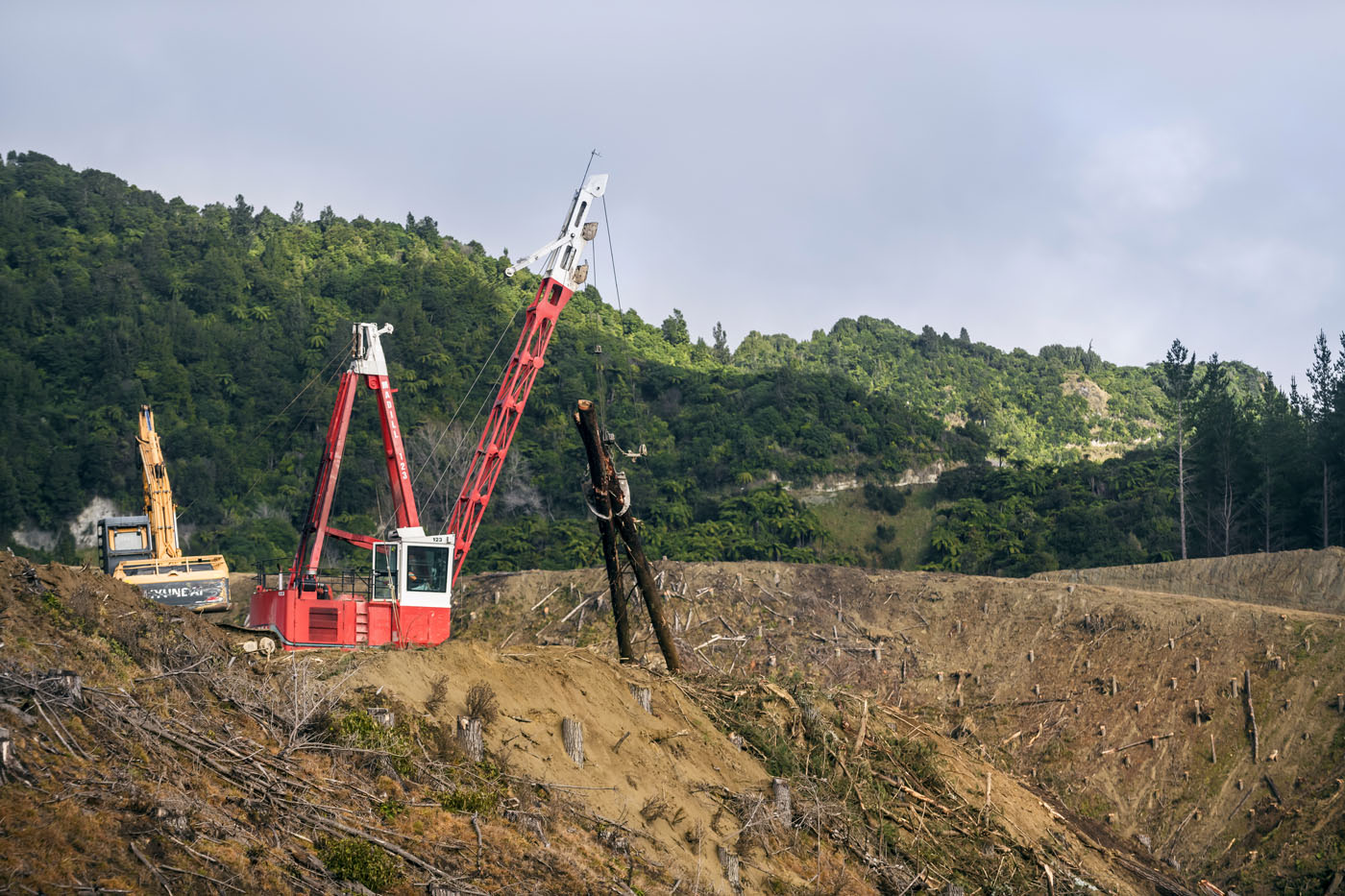 It would be nice to be reporting on a rebound in the export market, based on solid demand and improved overall global macro-economic factors. But that would be about as factual as the government’s recent announcement of lower crime statistics – during a year of repeated lockdowns. With supply and demand still reasonably lackluster, not much has changed in the past month.

Normally, at this time of year, we are seeing strong increases in demand as the Chinese construction industry kicks into 5th gear and in-market log inventories start depleting at a reasonable rate, leading to at wharf (AWG) price increases. The current inventory position in China is around the 3.7Mm3 mark which equates to around 48 days of supply. This is down around 800Km3 from a month ago, but still not at the level that gives buyers uneasy bowel motions. Although the October ‘At Wharf Gate’ (AWG) prices are mostly flat across the exporters (around $133/m3 for A grade), in reality; the actual sales price in the market is down around $US20/m3 in the last month.

The ability to hold the NZ AWG sales prices is primarily due to the spectacular value drops of the NZ dollar against the US dollar in the wake of the US Federal Reserve hiking rates up faster than many other peer banks. This has given most currencies a Tyson Fury sized smack on the nose which has driven many to drop to lows against the greenback not seen since the Global Financial Crisis some 14 years ago. The FOREX rate can’t do a Jacinda and steal all the limelight though, as lower global shipping rates have also played a part in keeping NZ returns flat through sales prices. Shipping rates are expected to come under continued pressure during October and November which may help offset further sales price reductions.

So, what is leading the reduction in sales prices in China? There are a number of factors all at play here, with the biggest uglies being continued lack of demand from waning confidence in the construction sector. The oversupply of built and partially built residential property is yesterday’s news, but it’s not going to go away as easy as wrapping it around an order of fish and chips; and it is likely to linger for the medium term. The increased US interest rates are having a double-whammy. This is helping our exporters with lower $NZ:US rates, but simultaneously increasing the cost of finance for log buyers – which is further eroding the price they can pay in $US terms. To put some icing on the bad news cake, the continued Covid restrictions have severely dented China’s ability to produce and consume which has hit Chinese consumer confidence in general.

The Chinese Communist Party elections are scheduled for later this month; and although it is expected that there will be some form of economic stimulus once the dust settles, the best outcome would be the removal of the Covid restrictions to give the general populous a confidence boost. It’s unlikely that there will be a drive towards building more apartments for no-one to live in, so the prospect of a massive demand upswing based on residential construction is probably about as likely as Kelvin Davis being invited to speak at the Parnell Rotary Club. In an effort to try and calm the turmoil in the property sector, the Chinese government has changed some tax policies to provide tax rebates to people purchasing new homes. Although a sound idea, it seems to have been met with a resounding ‘no thanks’ which is a sign of the level of confidence amongst the people.

Lumber imports into China have risen recently with the European domestic lumber market coming off the boil and an increase in Russian supply which is likely a result of cash generation to buy more steel to deposit in Ukraine. The NZ log supply will seasonally increase (when it finally stops raining) which will probably see inventories begin to rise again. Unfortunately, to add insult to injury, Korea has basically shut the door to deliveries as their sawmills are full and there’s no real opportunity to hold much in the way of log inventories. This will see cargos destined for Korea take a left turn to China which may exacerbate the inventory issue. China is currently on holiday for Golden Week which normally passes without mention, but this year it is being used as a price reduction lever – further adding weight to the sentiment around buyer confidence.

Although I’ve painted a pessimistic medium-term picture, the long-term outlook is looking solid. The consensus in the industry is that we are past peak harvest levels nationwide. And with the many opportunities that will present themselves with biofuel and engineered wood products domestically, it is likely that our reliance on export markets will reduce over time. This will be positive for the industry in terms of creating value and stabilizing forest owner returns.

The next few months will be pretty average in terms of returns, and we are all looking at the exchange rate nervously with the knowledge that it is keeping the export situation afloat. However, A-Grade at

$133/m3 is still well above the 36-month average, so if you are contemplating holding off harvesting for a better return, remember that a log on the boat might be worth two in the bush. 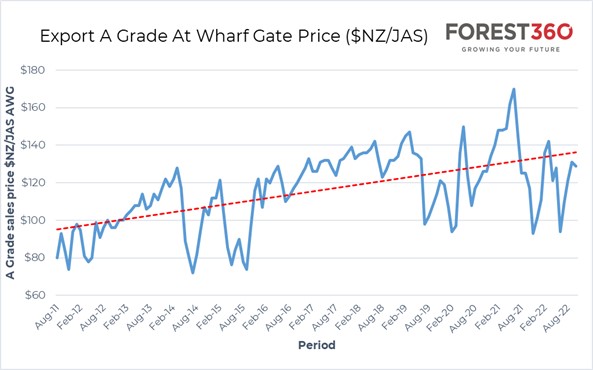