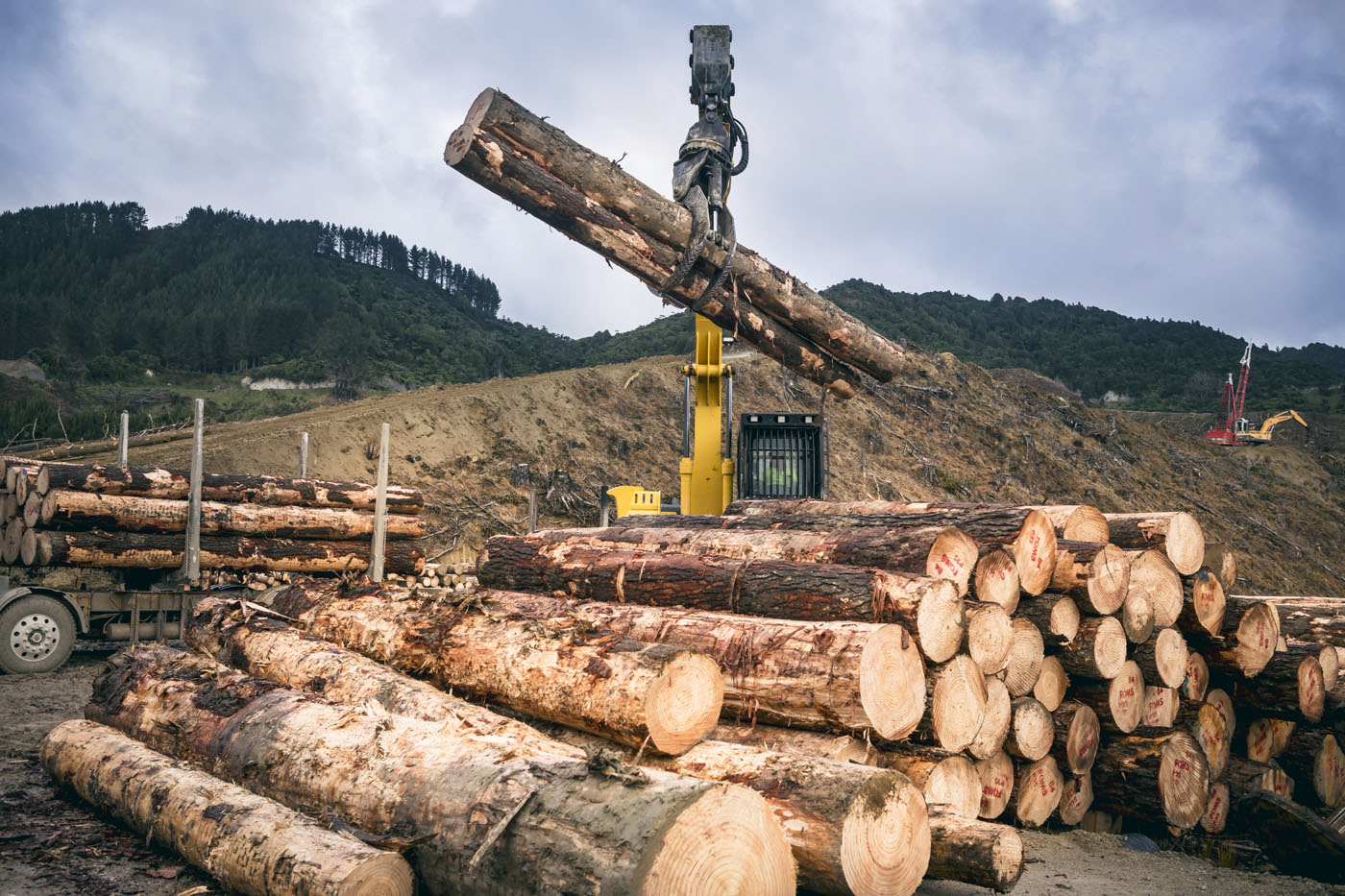 Inflation is front and centre of everyone’s minds at present and is more than likely causing Grant Robertson many sleepless nights. One of his biggest worries (and he’s got plenty) will be whether Adrian Orr brings out the big guns in the next OCR round and gives us all a 75-basis point punch in the face. Then there’s talk amongst economists about hyperinflation, which we want about as much as a dose of the pox. But don’t worry folks, in the forest industry we’re doing our best to keep inflation at a minimum as our export log prices take another hit to see them just under the three-year average with A-grade At Wharf Gate (AWG) prices around $123/m3 for November, down $8/m3 from October.

The general feeling was that following the Chinese Communist Party ‘elections’, there would be an easing of covid restrictions and some form of stimulus announcement to get the economy back up and running, resulting in an increase in log demand and hence price. However, now that Xi Jinping has secured his place by being ‘elected’ back into power it seems to be becoming clear that he has been drinking some of the Russian and North Korean Kool-Aid with a clear direction to de-westernize the country and tighten the socialist grip in a Mao type regime. His control of the CCP was highlighted by the very public ejection of the former President from the CCP Congress closing ceremony citing that the poor chap wasn’t feeling well – must have been a dodgy dumpling. If, in fact, Xi Jinping is travelling down the full-on socialism route, it doesn’t bode well for international trade long term.

Current Chinese in-market inventory is in the mid to high 3Mm3 range and is likely to climb somewhat in the run up to Christmas as NZ supply increases seasonally. This level is at the lower end of where we have been operating at over the past few years but not at the point where price increases are stimulated. Chinese demand is currently running at 70% of 2019 levels as the market battles with exceptionally low construction sector confidence and comical covid elimination measures. In-market (CFR) sales prices have dropped into the early $US120’s/m3 as many of the finance companies that supply funding for log importers impose caps on log purchase prices that they will finance.

Shipping rates continue to fall rapidly with many fixtures in the $US30’s/m3 which is close to half of where they were 12 months ago. The $NZ:US bottomed a few weeks ago and is now heading north again with an increase of $0.04 since October. While the dollar strengthening is helping importers and fuel costs, it does adversely affect log prices with every cent increase translating into a $NZ3/m3 export log price reduction ($NZ12/m3 since October).

Reading the tea leaves, it’s unlikely we will see much in the way of price increases until well into the new year. We will need a reduction in inventory which will only be achievable through reduced supply. This will happen early in 2023 as NZ supply takes a few months to react to price reductions. Chinese New Year (CNY) holidays are early in 2023 and therefore the NZ Christmas supply reduction will likely coincide with less deliveries over the CNY period.

Korean pricing is ahead of China, but the market is very limited in terms of volume and therefore it doesn’t take much to put on the supply pressure. There is good news from India as their Govt have agreed to allow fumigation at destination. India requires Methyl Bromide fumigation which the NZ EPA effectively outlawed in January on NZ ports by imposing rules which were largely impossible to comply with. By being able to fumigate in India we can now resume log trade to the Indian market as a viable, but limited alternative to China and Korea. While it sounds simple, the fumigation will have to be carried out on the vessel, so there’s some work to be done to get it right; but it’s a massive step forward.

NZ domestic demand remains relatively stable although sawmills are reporting a slight increase in cut stock which is likely more weather rather than market related. The telling tale will be the effect of increased interest rates on the outdoor products market (decking and fencing material) this summer as many homeowners will likely opt to pay down debt rather than rip into a bit of DIY – thanks Adrian. Most of the NZ Clearwood lumber supply (from pruned logs) heads to Europe, Asia and the USA which generally show continued demand although the US DIY market is starting to react to increased interest rates.

Fuel prices continue to be problematic and, while in previous years an export At Wharf Gate (AWG) price in the mid $120’s would have been happily accepted by forest owners, the increase in harvest and transport costs this year has taken the fun out of it. It’s not likely to happen in the next few months, but there are some encouraging signs on the horizon. There have been plenty of times in the past where it appears the odds are stacked against us, and then the market turns quickly for the better due to some unforeseen factor. I suppose we can take solace that if Adrian Orr can get reappointed for a 5-year term as Reserve Bank Governor, then anything is possible.