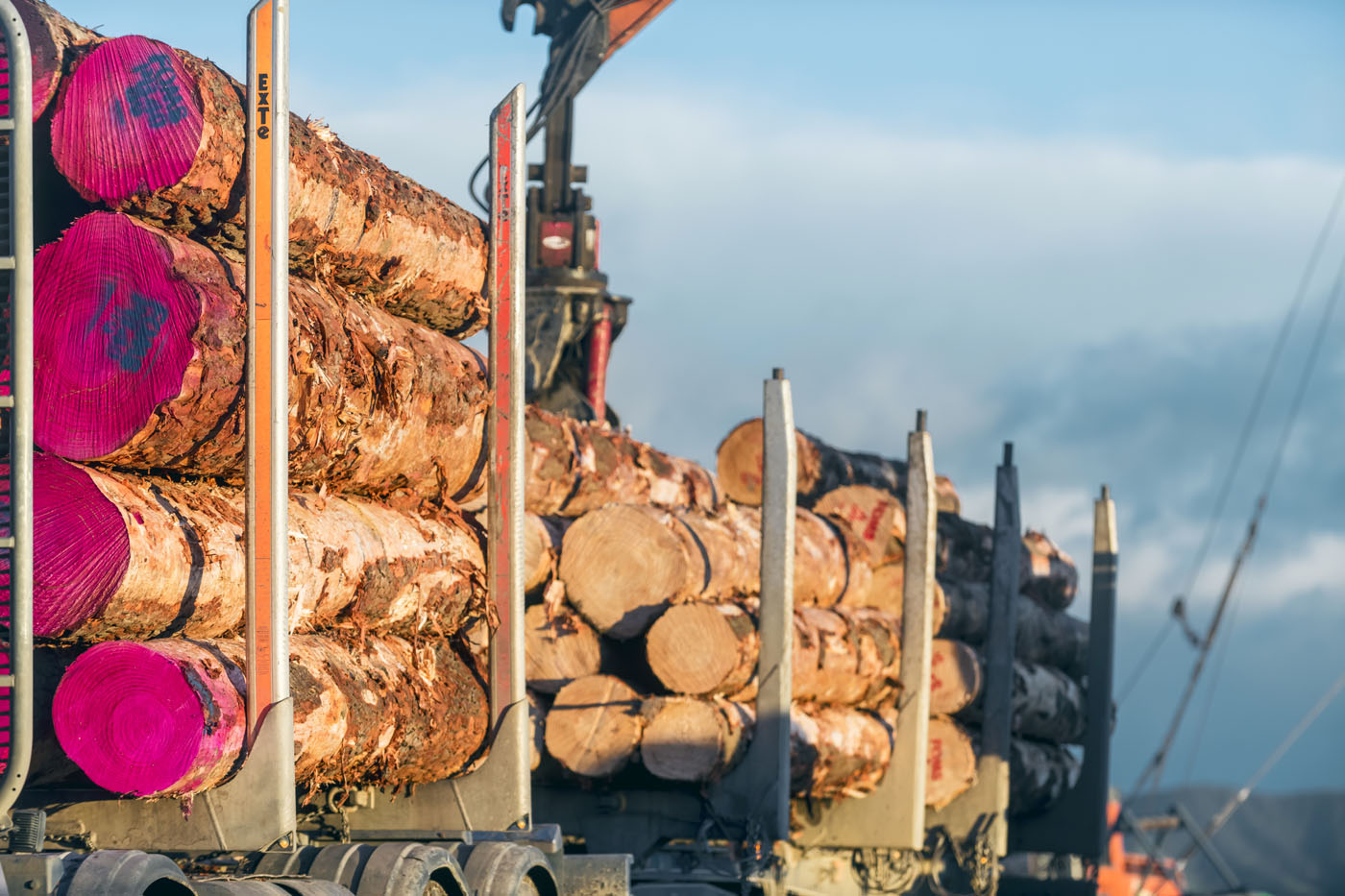 June is never a fun month in this game. We’re generally kidding ourselves by hoping that it’s going to be a dry winter, or that we’ve had enough rain already and there can’t be much left; a bit like Jacinda hoping the Covid debt is going to miraculously disappear.

To top it off: June is generally the lowest point for export prices as China construction historically slows during the hot season, and the log inventory hangover from Chinese New Year celebrations gets a cocaine hit with a slug of volume arriving from the last of the NZ summer production peak. This year was no different, and we’re all happy to see June dead and buried; with the lowest export log prices for a number of years taking its toll on an already financially-stretched contractor workforce.

Most of us have been able to secure longer term export contracts at prices around the 3-year average – to protect the baseline volume of our clients. However, this is at lower volume levels, which means that harvesting and cartage contractors have to reduce production to levels generally below breakeven. While there’s nothing new in the cyclical nature of the forest industry – it is a commodity trade after all. This time it’s more painful with the effects of fuel costs, staff illness and a couple of Covid lockdowns thrown into the mix. Due to the lack of reliable labour and continued focus on health and safety, there are more people in cabs and not wielding chainsaws. This has forced the mechanization of the industry, and the resulting capital investment and debt loading of many of these businesses is eyewatering. What was once a medium sized ground-based crew with a capital cost of $2M five years ago, is now a high-production fully mechanized crew, with a capital cost more than doubled now. As equity doesn’t just magic itself into a business, many of these operators have debt-to-equity ratios that would make even Freddie Mac and Fannie Mae squirm. That’s all good when you can keep the volume pumping through the system in a consistent manner, and fuel producing countries aren’t lobbing missiles at their neighbours; not to mention, someone eating a bat from a wet market.

There has been plenty of discussion around the traps from harvesting and cartage contractors who have had enough, and are looking to exit the industry permanently. Some won’t have a choice, and the luckier (read higher equity) ones, will. A quick search on Trademe shows this is a reality. And although most finance companies understand the game they have invested in, there comes a time when they have to clear the carparks for the influx of machinery being returned.
July export prices have seen some slight increases with A-grade generally in the early-to-mid $110 range per cubic metre. Which although is a welcome increase, it is like being happy with Omicron when you thought you might get Delta. The CFR price in China (sales price in $US landed in China) has eroded slightly through June and is currently in the high $US140’s to early $US150’s/m3 – a reduction of around $US30 from April. Thankfully, shipping rates have dropped faster and are now in the mid to high $US50’s. This drop in shipping is on the back of an easing in vessel demand, and also a reduction in the wait times for vessels around NZ ports. The potential of further softening in shipping rates is unlikely due to fuel costs; and as the $US:NZ exchange rate is at the lowest point since the first Covid holiday, the only opportunity for an increase in NZ At Wharf Gate (AWG) prices rests solely on the ability to increase sales prices. The chances of this are higher now than finding a bottle of 42Below in a farmer’s liquor cabinet, but still not that good, until demand increases and supply decreases. 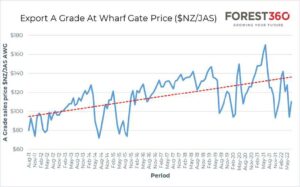 As it takes around 6 weeks from stump to market, the June NZ supply reduction won’t become a reality in China until August. And at that point, demand will have increased from current levels of early 60Km3/day to somewhere in the mid 70’s.

July production in NZ will likely be weaker than June as woodlot jobs finish and crews will have nowhere to go. Therefore, August supply into China will be decidedly average as likely will September. Generally, history dictates that the supply or demand pendulum would then swing into panic buying territory around this time, and the race to the top begins, again. It’s no secret that the China construction industry currently has legs about as long as a dachshund, so we’re definitely not going to see the levels of demand experienced in previous years. But as global supply into China is almost non-existent, we hope that what little demand there is will more than soak up the NZ supply – once we kick back into action.

Domestic demand remains strong, and at times like this we realise the importance of solid demand from NZ sawmills to bolster returns to forest owners. A number of sawmills that cut pruned logs and rely on supply from private forests are running hand to mouth with supply – a situation that will probably get worse before it gets better.
So, all in all, it’s the middle of winter; its wet, prices are rubbish, but there is a light at the end of the tunnel. Let’s hope it’s not a train……